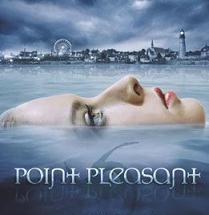 Point Pleasant was a fairly standard Teen Drama in the vein of The O.C. and Dawson's Creek, with one fairly small difference: the central character?

Having given her dad the slip, a teenage girl named Christina Nickson (portrayed by Elisabeth Harnois) washes up in the Quirky Town of Point Pleasant, New Jersey, a place with a dark and mysterious history resulting from the various demonic influences. Unfortunately, her dad is the ultimate Meddling Parent, Satan, and he's sent his various representatives to ensure that her life circumstances inevitably direct her toward growing up to be an Antichrist that Daddy would be proud of.

Created by former Buffy writer Marti Noxon, this supernatural teen drama initially drew in much of that show's fandom and enjoyed a popular premiere. However, Point Pleasant's soapy, Omen-meets-OC vibe was drastically different from that of Buffy, turning off much of the show's built-in audience. The show only made it halfway through its first and only season before falling off the face of the Earth.