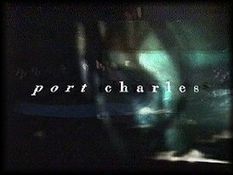 Port Charles is an American soap opera that aired on ABC from June 1, 1997 to October 3, 2003. The show was a spinoff of General Hospital and, like the mothership, was set in fictional Port Charles, New York. The show was an attempt by ABC to shore up its 12:30 Eastern timeslot (which had been filled for years by the troubled soaps Loving and its spin-off The City) to better compete with CBS's hit, The Young and the Restless.

In its original incarnation, the show was a typical American soap opera, focusing primarily on a group of interns working in Port Charles General Hospital. Several long-running characters from General Hospital (Lucy Coe, Kevin Collins and Scotty Baldwin) were transplanted to the new show to clearly tie the spin-off back to the mothership.

Finally, in 2000, the show moved from traditional, open-ended storylines to a structure that resembled a telenovela. Storylines were told over thirteen-week story arcs (termed books by the creators).