Series / One Life to Live 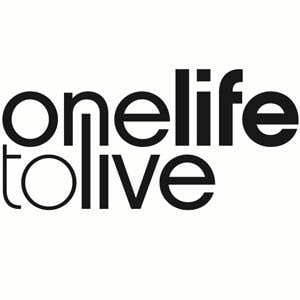 ...cause it's a brand new start.
Advertisement:

Daytime soap opera that premiered on ABC in 1968.

The series originally focused on the wealthy Lord family and the blue-collar Riley family of Llanview, Pennsylvania. Heiress Victoria Lord (played by Erika Slezak since 1971) became the centerpiece of the show, later marrying into the Buchanan family, which has served as the series' core ever since. Over the years, Viki has suffered breast cancer, heart disease, a stroke, being shot, and most famously, Dissociative Identity Disorder.

The late 1980s brought a series of outlandish storylines. Viki's near-death experience took her to heaven, depicted as a spaceship inhabited by her departed relations. In 1988, Clint Buchanan fell off a horse and was transported to 1888, where he met his own ancestors, all lookalikes of his 1988 family. Most infamously, in 1989, several characters became trapped in Eterna, a secret city inside a mountain. In 2008, to celebrate the show's 40th anniversary, they 'revisited' two of these storylines. Viki again suffered a near-death experience, but this time Heaven was more like an office building, where she was taken by elevator to be briefly reunited with friends and loved ones. Show creator Agnes Nixon also made an appearance during this segment. In addition, Bo Buchanan (Clint's younger brother) and his nephew Rex Balsom were struck by lightning and transported back in time to 1968's Texas, where everyone believed that Bo was actually his father Asa and that Rex was actually Bo.

In the early 90s, OLTL returned to more socially-conscious storytelling. One story told of a gay teen who confronted homophobia in Llanview. Another featured party girl Marty Saybrooke's brutal gang rape at a fraternity party. This story introduced OLTL's most controversial character, Todd Manning, who led the gang rape. Much like Luke Spencer on General Hospital, the character was kept on the show due to female fans' attraction to him. Todd was discovered to be a long-lost Lord heir, and became a central character, driving away many viewers but like Luke Spencer again became one of the most popular characters and in turn, one of the most beloved anti-heroes in soap history.

Created by Agnes Nixon, OLTL shared its universe with Nixon's other soap, All My Children, and has had many crossovers with same, including a baby-switch story in 2004. One Life to Live aired its last episode on January 13th, 2012, and the characters of John McBain & the Mannings migrated to General Hospital until March 2013. Originally, a company named Prospect Park had purchased the rights to both One Life to Live and All My Children from ABC and was planning to continue the series either on a cable channel or possibly online. Those plans fell through, however, and when the show signed off in 2012, it was presumed that it was gone for good. As of early 2013, however, Prospect Park announced that they would be bringing both shows back after all, with distribution through Hulu and other online video providers. Many of the major performers have agreed to return to the show and shooting began in March 2013, with the premiere on April 29, 2013.

Unfortunately, the show was cancelled once again, this time for good, in September 2013, as a byproduct of a lawsuit between ABC & PP over characters loaned to General Hospital.