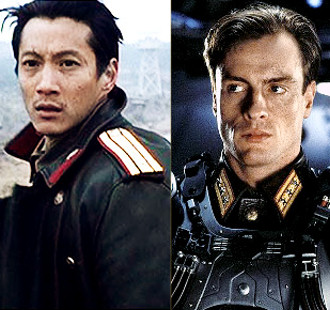 Cosmetic techniques can do some amazing stuff. There are ways to lengthen bones in legs, alter the shape and position of facial features, alter the length and shape of the vocal cords, seamlessly integrate an enormous bosom onto a tiny ribcage, strip away half of one's body fat in an afternoon.

In TV, however, such surgery is most often depicted as a magic wand for turning one actor into another. It's the standard Applied Phlebotinum for The Nth Doctor in non-genre shows, and it is at the center of the Old Friend, New Gender plot, amongst other things.

This happens in daytime soaps when a major character is recast. A more minor character will usually get the "Other Darrin" treatment, but if the change in appearance is to be a plot point, it will be through Magic Plastic Surgery. Sometimes the character will keep his identity a secret. Sometimes the audience is in the know, but sometimes not. Often there is an element of doubt.

In videogames with custom-designed characters, this is often used as an excuse to let characters alter the appearance they selected when they started the game.

Magic Plastic Surgery rarely seems to take into account the character's height or voice or scent and may make an Easy Sex Change even easier.

Surgical Impersonation is a subtrope for cases where the surgery is used to impersonate a specific person.