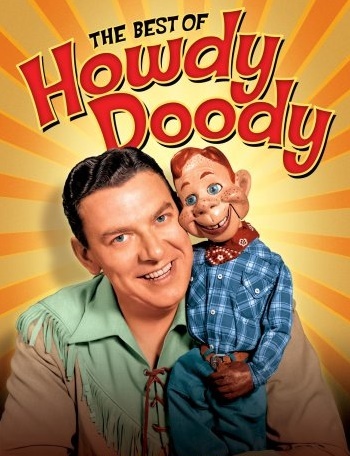 Howdy Doody, also known as The Howdy Doody Show, premiered in 1947 and was one of the first shows produced at NBC. It has undoubtedly left a major impact on kids television, paving the way for similar kids shows that came after it.

The show took place in Doodyville, a circus/wild west setting, and was hosted by Bob Smith a.k.a. Buffalo Bob and Howdy Doody the marionette. Among the other characters were Clarabell, a mute clown, Phineas T. Bluster, the mayor of Doodyville and Howdy's nemesis, and several other puppet characters, such as a creature named Flub-a-Dub.

The show ended in 1960. It got a revival in 1976 called The New Howdy Doody Show, which wasn't nearly as successful as the original version and only ran for 130 episodes.