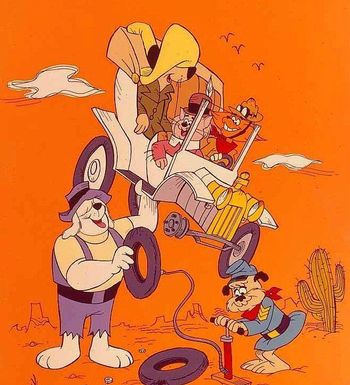 A Saturday Morning Cartoon, created by Joe Ruby and Ken Spears and made by De Patie Freleng Enterprises, that aired on NBC during the 1972-73 season.

The Houndcats is a loose, light-hearted take on Mission: Impossible, The Wild Wild West and (especially) the short-lived Bearcats!, in which three canines and two felines traverse the southwestern United States to deal with all manner of high-level national offenders, circa 1914.