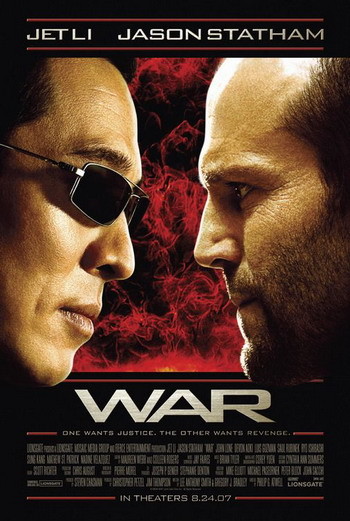 War (also called Rogue Assassin in Europe) is a 2007 movie starring Jason Statham and Jet Li. Originally titled Rogue, the name of the movie was changed to avoid conflict with another movie with the same name.