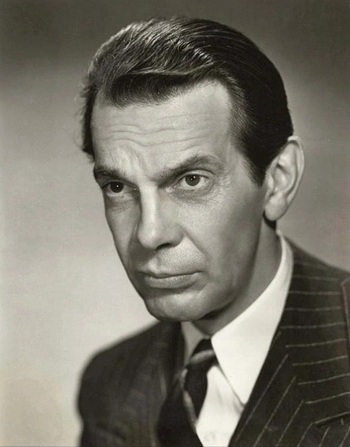 Known for his commanding, stage-trained voice, Massey's most notable roles included Jonathan Brewster in Arsenic and Old Lace (1944), Abraham Farlan in A Matter of Life and Death (1946), and Dr. Gillespie in the series Dr. Kildare (1961–66).

For playing the title role in Abe Lincoln in Illinois (1940), Massey was nominated for the Academy Award for Best Actor.

He had three children, two of which, Daniel Massey and Anna Massey, became actors in their own right.