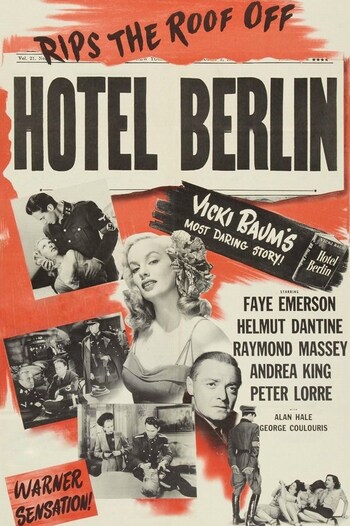 Hotel Berlin is a 1945 Warner Bros. drama film directed by Peter Godfrey and starring Faye Emerson, Helmut Dantine, Raymond Massey, Andrea King, and Peter Lorre. It is based on the novel Hotel Berlin by Vicki Baum, a sequel to her Menschen im Hotel (which was itself adapted into the 1932 film Grand Hotel).

Set in Berlin near the close of World War II, its plot is much like that of Grand Hotel, depicting the lives of various desperate people who intersect at the Hotel Berlin, a hotbed of Nazis, officers, spies and ordinary Germans trying to weather the inevitable defeat: