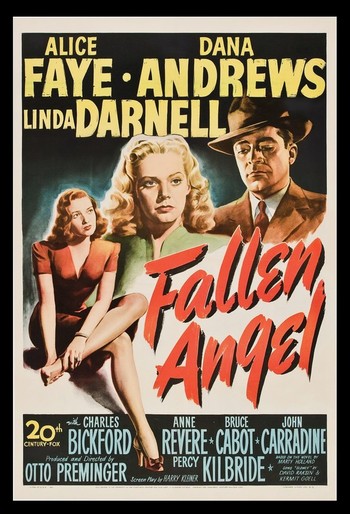 Slick Con Man Eric Stanton (Andrews) finds himself in the small California town of Walton, on the coast between L.A. and San Francisco. His new racket in this town is selling tickets to a psychic show put on by Professor Madley (John Carradine), who claims he can speak to the dead. They specifically advertise for the "appearance" of Walton's former mayor, Abraham Mills, much to the chagrin of his two daughters, June (Faye) and Clara (Anne Revere).

Meanwhile, Eric tries to romance waitress Stella (Darnell), whom he meets in Pop's Cafe. But she wants more than a handsome man, so to get money to marry Stella, Eric begins to charm June Mills solely for her large fortune. He eventually marries her to solidify his theft, but matters complicate when Stella is murdered.

With tough ex-NYC cop Mark Judd (Charles Bickford) investigating the case and Eric being the prime suspect, he has to run away, but finds a surprising ally in June who motivates him to solve Stella's murder.

Not to be confused with the actual trope Fallen Angel or the comic book of the same name.