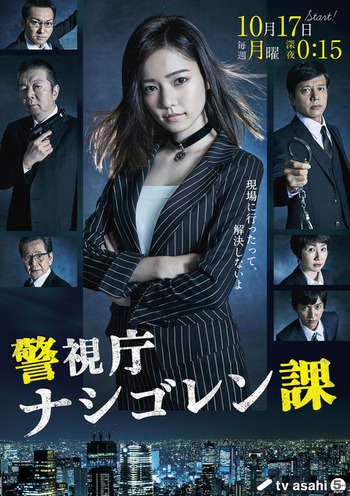 25-year-old Kazahaya Kyoko (Shimazaki Haruka, a.k.a. Paruru, formerly of AKB48) is appointed to head an investigative division of the Tokyo Metropolitan Police Department, called the Nasi Goreng Division. She is an unconventional division head who believes that an entire investigation can be done in a room and completely rejects the "old-fashioned" concept of legwork. Although Kyoko practically never leaves her office for an investigation, she is able to solve many difficult cases with her remarkable insight and deductive powers.

The following tropes were found at the crime scene: