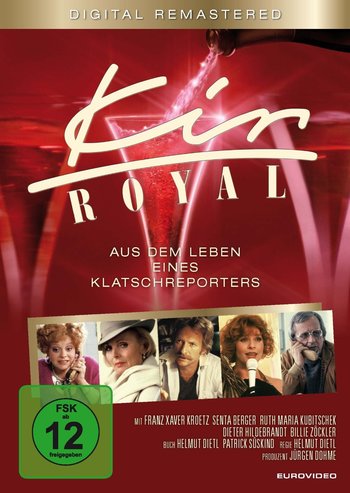 Kir Royal is a West German TV series from The '80s, made by director Helmut Dietl and Patrick Süskind of The Perfume fame, the team also behind Schtonk! and several other successful and high-quality German movies and TV series.

The series features the adventures of "Baby Schimmerlos", gossip reporter for a fictional German tabloid, and his photographer sidekick Herbie, in the high society circles of Munich in The '80s.