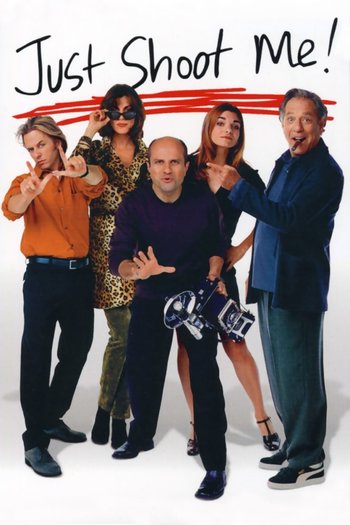 Just Shoot Me! (1997–2003) was an NBC Work Com about Maya Gallo (Laura San Giacomo), a highly qualified but difficult-to-work-with journalist, who, after alienating one news anchor too many, is forced to take a job with the trashy Cosmopolitan-esque fashion magazine run by her estranged father Jack Gallo (George Segal).

Notably predated Ugly Betty (as well as Yo soy Betty, la fea) and The Devil Wears Prada with the premise of a non-materialistic woman working for a shallow magazine. It was ultimately canceled due to Executive Meddling and being bounced around the schedule, though it managed to serve up a Grand Finale.

Example of:
How the Character Stole Christmas