Young and in Charge 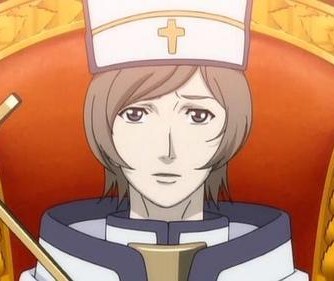 Aren't you a little young to be the Holy Father?
"Respect has nothing to do with how long you've been on this Earth... but you're probably too young to understand that."
— Nudge the Pirate referring to Tetra, The Wind Waker
Advertisement:

So you have a group of people, all adults, and probably badasses. Who will you leave in charge of the bunch? Someone even bigger, more experienced, and tougher than they are, right? Not this time—the leader is a person younger than all the rest, maybe even a kid. This usually shows that the young leader is smarter than his or her adult lackies, or that some manner of higher authority (usually their powerful parents) has placed them in charge. In any case, this usually makes for an interesting character dynamic. Royalty fall under A Child Shall Lead Them, while corporate versions are the Grade-School C.E.O.. If a young leader (royal or otherwise) has established or expanded an empire, that’s a Young Conqueror. If there are no adults, it's a Teenage Wasteland.