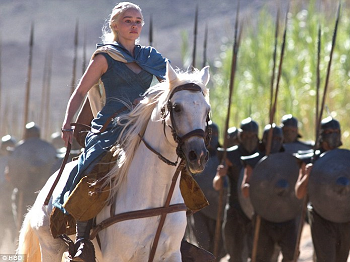 "The only person with whom I felt any kinship died three hundred years before the birth of Christ. Alexander of Macedonia, or Alexander the Great, as you know him. His vision of a united world... well, it was unprecedented. I wanted... needed to match his accomplishments, and so I resolved to apply antiquity's teaching to our world, today. And so began my path to conquest. Conquest not of men, but of the evils that beset them."
— Adrian Veidt, Watchmen
Advertisement:

Youthful idealism can be a beautiful thing. There are few things audiences love more than the idea of a gifted teenager (or sometimes simply a young adult) who can see what is wrong with the world and, after initially feeling overwhelmed and powerless in the face of a Crapsack World, deciding that they need to do something about it.

In some cases, he/she may obtain or be born with some special power to help them achieve their goal. Whether they do or not, the key difference between the Young Conqueror and The Hero is that instead of fighting crime on a case by case basis or having to face an already existing Big Bad, they have a much bigger vision and will try to Take Over the World in a belief that Utopia Justifies the Means. However, if these ideas are already a quick way for adult characters to go merrily Jumping Off the Slippery Slope, being a young, frustrated rebel, complete with the standard emotional immaturity and sometimes flat-out childish fantasies you would expect out of someone this age only makes things worse. Consequently, they often end up as a Well-Intentioned Extremist type of Anti-Hero, or even a(n) (Anti)Villain Protagonist.

In addition to differing from the typical hero in vision - or ends - they will also differ in the means used. In contrast to the Idiot Hero, the Young Conqueror will have a strong dose of Intelligence Equals Isolation, which may cause them to be quite prideful. And instead of a typical hero who reacts to the Evil Plan of the Big Bad and fights with brawn, they are a Guile Hero who uses brains to come up with their own schemes, often being either The Chessmaster, Manipulative Bastard, Magnificent Bastard, Mary Tzu, or all of the above, capable of cooking up The Plan just as good as or possibly better than your standard Big Bad. As such, they are often examples of Heroes Act, Villains Hinder, which is one of the main reasons why these characters are so unique and interesting.

If they're targeted by bullies, expect them to later gloat Who's Laughing Now?, though when they realize the extent of the damage they have caused, they are especially prone to wondering My God, What Have I Done? and going through a Heroic BSoD and/or Heel Realization, assuming their Übermensch mentality cracks enough to let them see it. These characters often die young, seemingly "burned out" by their own genius, though a Young Conqueror who lives to adulthood can either continue down their path to Anti-Villain status (or sometimes simply become the Big Bad, deluded by their own idealism), or they can become a mentor who issues Jacob Marley Warnings to other youngsters in their former position.

In a way a variant of Rags to Riches. A milder and hopefully less bloody version found in the commercial rather than politico-military sphere is the Self-Made Man.

When the Young Conqueror is done with his conquests, he may settle down to being The Emperor.