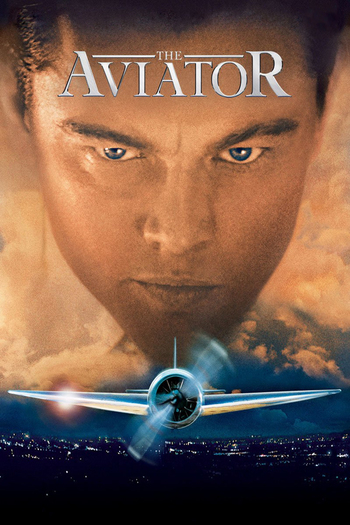 "Some men dream the future. He built it."
Advertisement:

The story, which takes place smack in the middle of The Golden Age of Hollywood, documents Hughes's production of the films Hell's Angels and The Outlaw, his efforts to establish and grow Trans World Airlines and to develop reconnoissance and troop-transport aircraft for the Army Air Forces during World War II, his relationships with Hepburn and Gardner, and his ever-worsening obsessive-compulsive disorder. It won five out of eleven Academy Award nominations, including Best Supporting Actress (Blanchett).