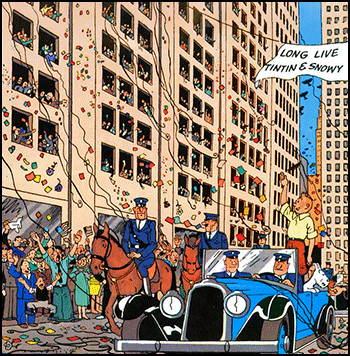 A celebratory parade, largely held in an urban setting, characterized by lots of falling confetti made from shredded office paper and dropped from the city building windows.

The name itself is somewhat of an Artifact Title. In early days, people recycled used ticker tape

as streamers and confetti; however, ticker tape became obsolete with the advent of electronic displays. The term "tickertape parade" is still in common usage, though.