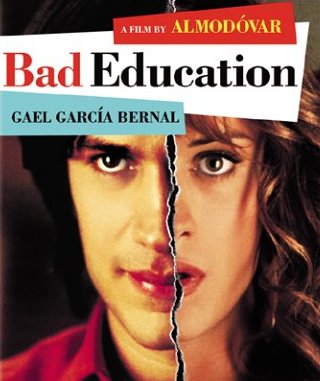 The film centers on Ignacio and Enrique, two men who meet again as adults after spending years apart. Ignacio (who goes by Ángel now) is an aspiring actor who wants Enrique to produce and direct his script, "The Visit". Enrique's interest is piqued when Ignacio tells him that "The Visit" is based off of their childhood in Catholic school together, and includes a fictional account of their reunion years later.

"The Visit" chronicles the story of a transvestite named Zahara, whose real name is Ignacio. Zahara/Ignacio confronts Father Manolo and blackmails him into giving her money in exchange for her guarantee that she will not publish her script, "The Visit", which is an exposé of the abuse she experienced at the hands of Father Manolo as a child. It also includes an account of the boyhood love between Zahara/Ignacio, and his classmate, Enrique.

In real life, Enrique agrees to film Ignacio's script, but refuses to give Ignacio the part of Zahara. Ignacio bargains with Enrique for the part, rekindling the relationship they once had as children. Meanwhile, Enrique, who gets curious about Ignacio's past, visits Ignacio's mother to get more insight into what happened in his life. In the process, Enrique learns that the Ignacio he just met isn't really Ignacio—it's Ignacio's younger brother, Juan, who is only pretending to be Ignacio. Tragically, Enrique finds out that the real Ignacio had died four years earlier. Things get even more complicated when the real Father Manolo (whose real name is Sr Berenguer) shows up on the set of the film.

Needless to say, Bad Education contains layers within layers of story, making it a challenge to separate facts from fictional accounts narrated by the characters. The film, which opened the 57th Cannes Film Festival, explores subjects of transexuality and film-making.