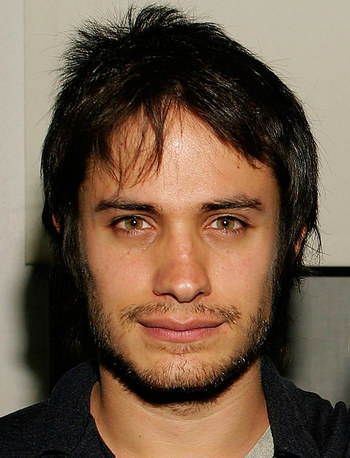 Gael García Bernal (born 30 November, 1978 in Guadalajara, Mexico) is a Mexican actor, producer and director with a strong interest in political activism.

His parents, José Ángel García and Patricia Bernal, were both theatre actors and he started acting as a one year old. After working in telenovelas through his teens, he launched his film career with roles in Amores Perros and then Y tu mamá también. In the latter film, he co-starred with his best friend, Diego Luna, to great critical acclaim, winning awards at the Venice Film Festival and MTV awards.

The two of them went on co-found Canana Films (independent production company) and Ambulante A.C. (an organisation that works to bring documentary films to places where they are rarely shown).

Later notable acting roles for García include The Motorcycle Diaries, Rosewater, Coco, and the TV series Mozart in the Jungle (for which he won a Golden Globe award).

with García narrating the program in the style of a documentary.

His half-brother Darío Yazbek Bernal is an actor in his own right.