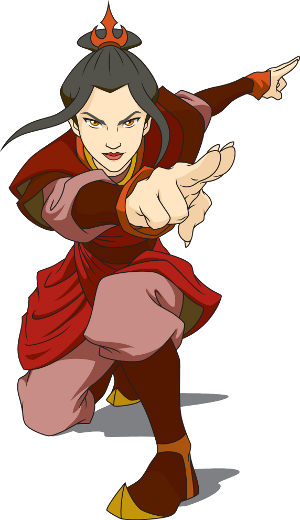 "My own mother thought I was a monster... She was right, of course, but it still hurt."

Zuko's younger sister and princess of the Fire Nation. As a Firebending prodigy, her father Ozai favored her over Zuko, though the two had an opposite relationship to their mother Ursa. Azula uses her position and power to torment Zuko and anyone else in her way. A skilled tactician, master manipulator, and brilliant fighter, she's easily one of the Gaang's deadliest foes. She describes herself as "a people person," but she really is only skilled in manipulating people through fear. Normal interaction eludes and bewilders her more often than not.