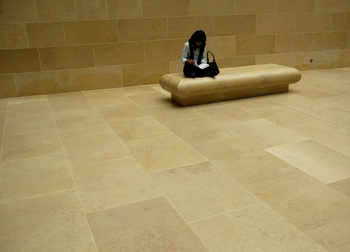 "Being the smartest kid in class is like being the only kid in class."
— Dr. Spencer Reid, Criminal Minds, "Elephant's Memory"
Advertisement:

This trope is about characters or people, mostly but not necessarily in college, who are very smart and suffer for it, being unable to relate to the mundane worries and shallow personalities of their comrades, as well as being bored out of their skulls by the mandatory classes. Nothing is as depressing as having to correct the teacher, except not doing so for fear of the teacher getting mad. Sometimes they use Obfuscating Stupidity, but if their parents demand grades, and they get them, their classmates can get jealous, which can lead to bullying of various sorts. Too often Truth in Television.

Depending on which neuroscientific theory one subscribes to, the trope name is quite literal: Those with more intelligence have a higher rate of disorders of some kind that can factor heavily in inducing social isolation. This is especially true if they attend a school with separate programs for people with those disorders, such as students within the autism spectrum (regardless of what specific disorders they show), taking tests separately from other students along with extended time. While beneficial, that practically makes this an institutionally-enforced situation!

When this intelligence is combined with a talent for manipulation, and possibly some good looks, you get an explosive mixture: add some Applied Phlebotinum or an Artifact of Doom and you might get a Magnificent Bastard, with the potential to be a very interesting antagonist. If, in addition to that, they are benevolent and feel compelled by their intelligence to improve the world, you might get a very effective Well-Intentioned Extremist who thinks Utopia Justifies the Means, and who might become a Knight Templar. If, instead, they are a Straw Nihilist, beware: high intelligence leads to questioning, and, in Morals, when you find out there aren't any readily made answers, you might settle for "there aren't any answers at all, so just do what you want"... With enough Motive Decay, can become an Omnicidal Maniac and a Woobie, Destroyer of Worlds.

Note that this is not just about popularity with others, although that's certainly part of it. There are examples of smart people who are popular with others but still feel that their intelligence isolates them. It's pretty difficult to find common ground when explaining your thoughts bores or bewilders others, after all. Of course, if the intelligent one is an Insufferable Genius then lack of intersocial skills or tendencies to assume superiority probably play a much bigger part in their isolation than merely being smart or mental issues, feigned or otherwise.

This may be portrayed as An Aesop, either showing that this isn't something you would want to strive to become, or that the person who is always on their own isn't quite the freak everyone thinks they are.

A form of Blessed with Suck. Compare Eating Lunch Alone and Broken Ace. A counter-part trope is Popular Is Dumb. May or may not include elements of Loners Are Freaks. Often used as a justification for why Dumb Is Good: dumb people may be made fun of, but they won't be hassled and harassed for it. Contrast Gentleman and a Scholar, when a smart guy is well-liked and lacks none of the social graces.

open/close all folders
Anime & Manga
Sailor Mercury, she didn't have any friends at school. All the kids thought she was an arrogant know-it-all, but she was just shy and reserved. See what her fellow students say about her in the R movie:

"Ah, Mizuno-san got the first place again!"
"She always shows off about her good grades, but she doesn't get that she's getting such a bad rep!"