Authority in Name Only 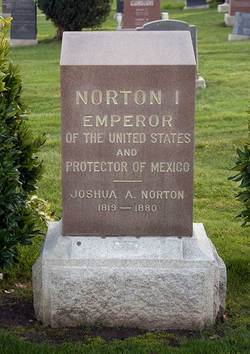 "Now, despite rumors to the contrary, I did not just buy a crown at the costume palace and ask people to start calling me the King of Town. I earned my title the same way I earned a free combo meal; by purchasing one of equal or lesser value."
— The King Of Town, Homestar Runner
Advertisement:

Authority in Name Only is when someone claims to hold a title, but that title is a sham. Either it is a purely symbolic function with no actual power, or the title itself is made up, and it has no genuine authority over its "subjects". As such, most characters of this trope have no one (except for the occasional Yes-Man or Professional Butt-Kisser) who actually respects their non-existent authority. May often be referred to as the Pretender to the Throne or claim he's Still the Leader.

In terms of the ranks of Authority Tropes, the next steps up are The Caligula, The Good Chancellor, and Evil Chancellor, Standard Royal Court, and Decadent Court.

Contrast Mayor of a Ghost Town, where the person is a recognized authority figure, it's just that there's no one left to rule over. Also contrast Just the First Citizen, where the figure doesn't claim a grand title but holds the real power nevertheless — the diametric inverse of this trope. For characters who actually do wield tyrannical control over some place, see I Own This Town. Can overlap with Kicked Upstairs if the title is actually bestowed by someone else who does have real authority, often specifically to appease the victim or move them out of the way. For characters who genuinely do hold a seat of power but aren't actually the ones in charge, see Puppet King. Vice President Who? is another example.

Another important point about your average one of these: as long as you don't do anything to shake their delusions of authority too badly, they'll be so busy enjoying said delusions of authority that you can put them through all sorts of mistreatment that real people wouldn't even begin to take. So even if nobody likes them, they can be useful to have around as a sort of idiocy sink (like a heat or hate sink, but for stupidity).

Tigerstar II realizes that his mother is more respected in ShadowClan than he is, so if she decides to go off on her own with his wife and son, there's very little that he can do about it.

Tigerstar II realizes that his mother is more respected in ShadowClan than he is, so if she decides to go off on her own with his wife and son, there's very little that he can do about it.