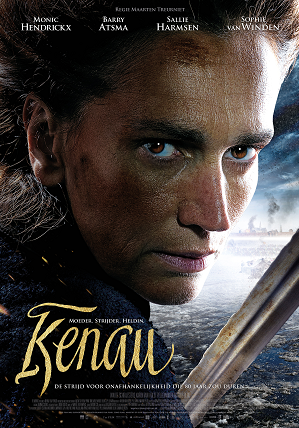 Kenau is a Dutch movie, released in 2014, that focuses on the historical siege of Haarlem of 1572-1573 by the Spanish army. Kenau Simonsdochter Hasselaer is the leader of the women that defended the city. She is a widow and owns a shipbuilder supplies company.

The movie starts in 1572, when parts of the Low Countries were already in open revolt against Philip II of Spain. Kenau tries to keep herself and her daughters out of the conflict. Yet, after one of her daughters participates in smashing up a Catholic church and is burned, her feelings against the Spanish occupiers harden.

When the Spanish reach the city of Haarlem, she ends up in the thick of the fighting. From there, she begins to lead a group of women in defending part of the city, using trickery and bravery to withstand the Spanish army.