Literature / The Science of Discworld 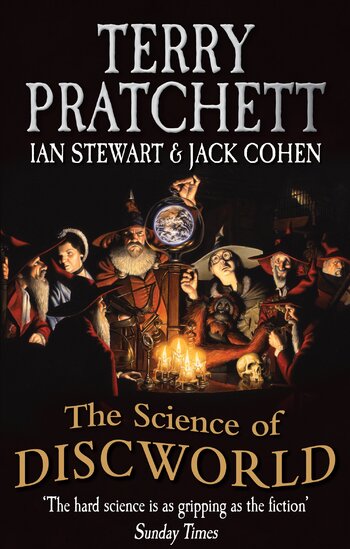 An Experiment on a Parallel Universe with the Windbags.
Advertisement:

The Science of Discworld, by Terry Pratchett, mathematician Ian Stewart, and biologist Jack Cohen, is one half Discworld novel, in which the wizards accidentally create a universe without magic and are fascinated by the way it develops its own rules in the absence of Narrative Causality, and one half popular science text, as Stewart and Cohen explain how the Roundworld Project (i.e., our universe) actually works.

It was followed by three sequels:

The Science of Discworld series contains examples of: