Literature / The Redemption of Althalus 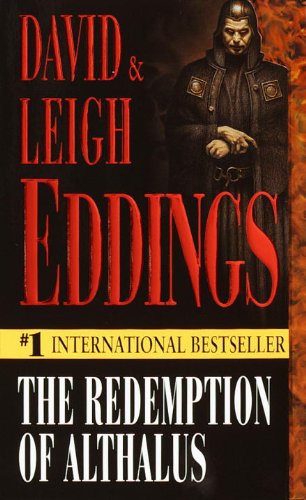 In his early adult life, Althalus was a thief. Since he was neither strong enough to rob people by force nor small and fast enough to steal via stealth, he aspired to become successful by outwitting his targets. He did, and he managed to gain a reputation as the best thief in the northern wilds of the world. After hearing of the wealth available in the cities to the south, he decided to try his luck there. When things didn't go well, he returned home and accepted a job to steal a Book from the House at the End of the World.

Upon reaching the house, Althalus met the goddess Dweia and became her disciple, spending multiple centuries preparing for the final confrontation between the forces of good and evil, before embarking on a journey with her to find those needed to unite and destroy the evil that threatened the world.