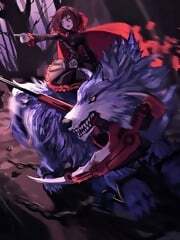 is a completed crossover between RWBY and the Fate Series portion of the Nasuverse, particularly Fate/Grand Order. It starts between Volumes 1 and 2 of RWBY.

Jaune Arc's sister is Jeanne D Arc, who attends Chaldea Academy in the Kingdom of Apocrypha. It is summer break in Beacon Academy, and when Ruby Rose finds out Chaldea Academy, which is apparently year-round, has an exchange program, she invites her friends to join. Team RWBY, Team JNPR, Cinder Fall, Mercury Black, Emerald Sustrai, and Neopolitan (the latter four had infiltrated Beacon as students) join the exchange program, while Glynda Goodwitch joins Chaldea as a substitute teacher to keep an eye on them and to satisfy her and Professor Ozpin's curiosity about the academy and Apocrypha in general. Cinder's group has ulterior motives for joining.

Each teacher and student is scanned and assigned a Class Card that functions as a key, describes their stats and abilities, and classifies them as a certain Class of fighter. Ruby Rose and Neo are Rider. Weiss Schnee and Jaune Arc are Saber. Blake Belladonna, Lie Ren, Mercury Black, and Emerald Sustrai are Assassin. Yang Xiao Long and Nora Valkyrie are Berserker. Pyrrha Nikos is Lancer. Cinder Fall is Archer. Glynda Goodwitch is Caster.

It now has a sequel called Lost to Dust.

This fanfiction contains examples of the next tropes:

open/close all folders
Tropes: A to F
Tropes: G to M
Tropes: N to S
Tropes: T to Z