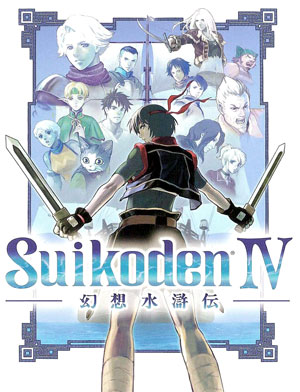 Set over 150 years before the events of the first Suikoden, Suikoden IV takes place in the ocean far south of the Scarlet Moon Empire, revolving around the islands that would come to be known as the Island Nations following the events of this game. It tells the tale of Lazlo, a recent graduate of the Gaien Marine Knights Academy on the nation's island colony of Razril. He gets snared in a deadly chain of events involving the Rune of Punishment, one of the most dangerous of the 27 True Runes, and winds up wrongfully accused of murder and exiled. From there, he is drawn into the resistance movement as the islands are attacked by the aggressive Kooluk Empire.