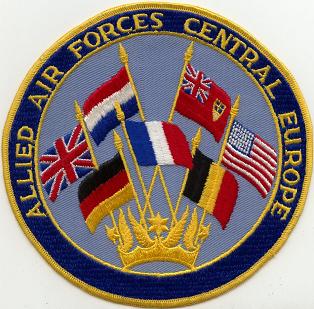 Together, we kicked ass!
You can build a perfect machine out of imperfect parts.
— Coalition Victory card flavor text, Magic: The Gathering
Advertisement:

What La Résistance must eventually grow into if it wants to survive.

The Alliance is The Team of political entities: A group of smaller nations that band together for added political strength, economic assistance, shared technology, or just because The Empire is breathing down their necks. They may not be all that powerful alone, but together they may be able to match The Federation, or at least give them the edge they need against The Empire, if they join them.

In Science Fiction, this can be a motley collection of different races, a Rag Tag Bunch Of Misfits that mostly stopped shooting at each other when someone bigger started shooting at all of them. Luckily they manage to put aside any racial hatreds and band together in time to survive. Even if the aggressor is humanity, in the case of the Anti-Human Alliance.

In Fantasy, it will stereotypically consist of the Standard Fantasy Races, perhaps with multiple human Fantasy Counterpart Cultures to bulk out the numbers. Expect them to be run by a Cosmopolitan Council.

Another mostly-good entity that is at worst neutral, some Alliances may have one or more evil members that joined only because their deal with The Empire fell through, or because they happen to hate The Empire far worse than they dislike the other members. Keep your eye on them once the war is over.

Sometimes, given time, The Alliance will last beyond the conditions that gave rise to its formation and evolve to become The Federation, or The Empire, depending on where you're sitting on Sliding Scale of Idealism Versus Cynicism.

This is to whom Gondor Calls for Aid. It may be the result of a Genghis Gambit. Compare the Fictional United Nations, which is where the alliance has a formal governing body.

The opening of Voltron (narrated by the legendary Peter Cullen) tells of how the "good" planets of the solar system called on Voltron to bring peace to the galaxy.

The opening of Voltron (narrated by the legendary Peter Cullen) tells of how the "good" planets of the solar system called on Voltron to bring peace to the galaxy.