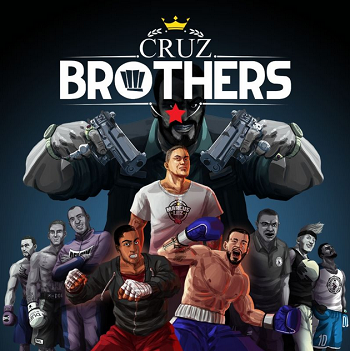 Cruz Brothers is a Fighting Game by the indie DCF Studio, first released on PC in 2017, and ported to PS4 the following year.
Advertisement:

It is about Igor and Felipe Cruz who enlist Marcus Luz, a former champion of the Traditional Pride Fist, as their coach to finally make it as professional boxers instead of bartenders who do occasional fight clubbing. However the Boxing Club leaders wants a cut of their success and the Sons of Subversions, a vicious biker gang, are happy to assist them in making the brothers take dives.