Video Game / Crying Is Not Enough 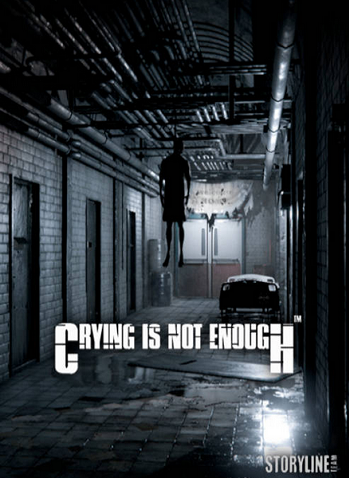 Crying Is Not Enough is an over-the-shoulder Survival Horror video-game created by the independent Greek developers known as Storyline Team. It released on June 19th 2018 for PC on Steam.
Advertisement:

The game follows Jacob Helten, who has been assisting his wife following a car accident. When she disappears from the hospital after a promising recovery, Helten starts peeking under the hospital’s surface and discovers nothing is as it seems. To find Helten’s wife and survive, you’ll need to gather weapons, battle mutated patients, and solve Resident Evil-style puzzles that extend well beyond the hospital.

It has a launch trailer, which can be viewed here