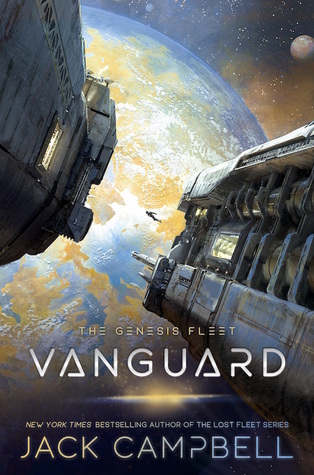 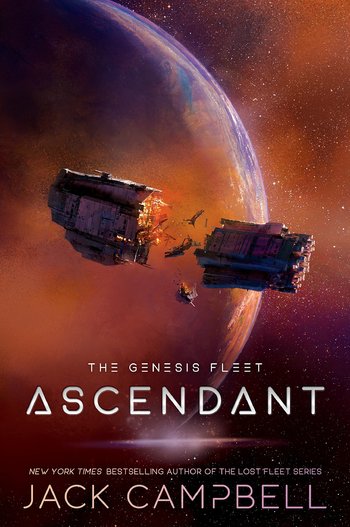 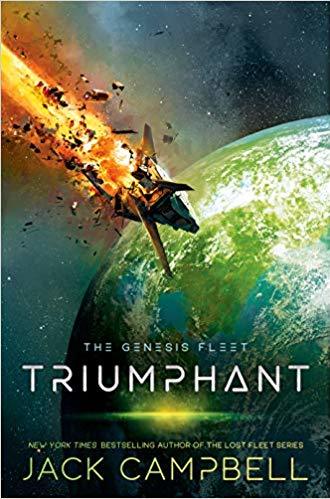 The Genesis Fleet is a hard science fiction trilogy by Jack Campbell (actual name John G. Hemry). This is a prequel to his The Lost Fleet series and focuses on the formation of The Alliance.
Advertisement:

The trilogy is set during the second wave of human expansion into the galaxy, triggered by the invention of the jump drive several decades prior. Before that, all interstellar travel was done using sublight ships. As humanity is rapidly expanding outward, the influence of Old Earth and the old colonies is rapidly waning. The once-mighty Earth fleet is being decommissioned, as the various Earth governments are no longer interested in protecting the outlying colonies, and the old colonies' fleets are hardly up to the challenge. In fact, many of them are also cutting back on their militaries. The new colonies are forced to fend for themselves, as pirates, slavers, and hostile colonies are taking advantage of this.

Robert Geary is a former lieutenant in the Alfar Space Navy, now just another colonist on a newly-settled (and as-yet unnamed) planet at the very edge of known space. Just then, he's informed that a warship from a nearby colony called Scatha has arrived and is demanding protection money from the planet. With no military forces of their own, the newly-named colony world of Glenlyon tasks Geary with protecting it. Geary gets together with two other ex-military colonists, one of whom is a master hacker named Lyn "Ninja" Meltzer (who has a thing for Geary). Ninja figures out that the old Buccaneer-class corvette used by Scatha is still using an easily-hackable system. Thanks to Ninja hacking the "bucket"'s (as these corvettes are called) sensors, hatches, and engines, Geary and a group of a few dozen volunteers manage to perform a space jump from a freighter to the corvette and capture it. The Glenlyon Council names the ship Squall and temporarily puts Lieutenant Geary in command of her. As told by a former member of the ship's crew, Scatha has two other warships (destroyers) and relatively numerous ground forces, and they're not going to stop.

Vanguard also focuses on three other characters: Lochan Nakamura, an ex-politician; Carmen Ochoa, whose specialty is conflict resolution; and Mele Darcy, an ex-Marine. Mele eventually ends up on Glenlyon and is put in charge of the nascent ground forces, as Scatha makes another attempt to impose its will on the planet. Lochan and Carmen, meanwhile, head to Kosatka, the most developed of the new colonies, hoping to convince the locals to cooperate with the other colonies for mutual protection.

Triumphant finally shows the "good" colonies banding together in the face of aggression from the "bad" colonies, although there is a lot of mistrust and unwillingness to give up freedom or sovereignty.

The Genesis Fleet provides examples of: