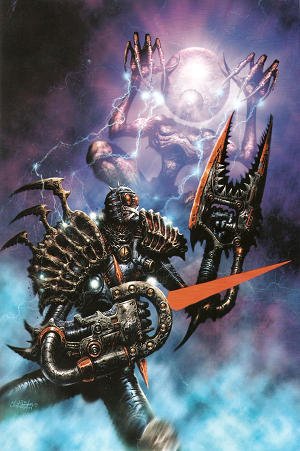 In this Space Opera a mysterious killer robot travels the cosmos to avenge the race that created him and their deaths at the hands of an evil alien alliance known as the Hierarchy. Meanwhile, an alien scientist attempts to track down Shakara to study him.

Expect lots of carnage and planets blowing up.

Not to be confused with Shakira.