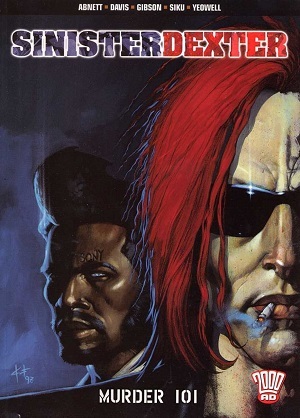 Set in the near future, it features the exploits of gun sharks (hitmen) Finnigan "Finny" Sinister and Ramone "Ray" Dexter in the city of Downlode, sprawled across Central Europe. Occasional stories have taken place in other cities, or off planet. Despite its violent nature, the series is often presented with a decidedly tongue-in-cheek tone, often focusing on the ludicrousness of the situations the titular duo find themselves in in order to take out a target, as well as the extremely colourful characters that they encounter along the way.