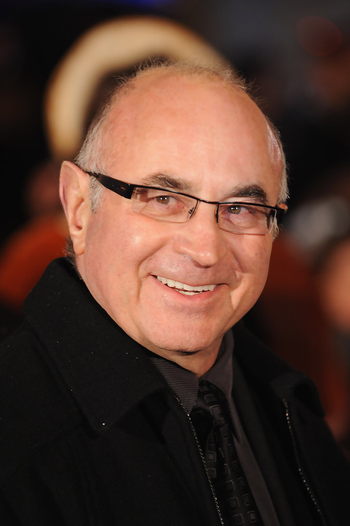 "I came into this business uneducated, dyslexic, 5ft 6in, cubic, with a face like a squashed cabbage — and they welcomed me with open arms."
Advertisement:

Hoskins was highly regarded by both colleagues, critics and audiences. Colleagues such as Helen Mirren knew him as a down-to-Earth professional while critics recognized his appearances in any production as a bright spot. He retired from acting in 2012 due to the onset of Parkinson's Disease. Hoskins died in 2014 from pneumonia.