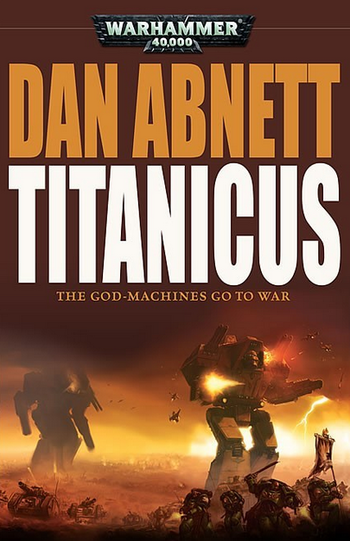 Titanicus is a standalone novel by Dan Abnett, set in the Warhammer 40,000 universe. When the vital forge world of Orestes comes under attack by a legion of Chaos Titans, the planet is forced to appeal for help. Titan Legio Invicta, although fresh from combat and in desperate need of refit and repair, responds, committing its own force of war engines to the battle. As the god-machines stride to war, the world trembles, for the devastation they unleash could destroy the very world they have pledged to save.

As part of Warhammer 40,000, the novel involves a large number of the tropes on that page, as well as employing literary and narrative tropes of its own: