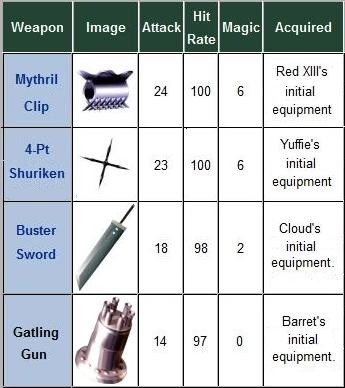 Yeah, a freakin' hairclip is more powerful than the Gatling gun.
"The gun won't help you."
— Raizo, Ninja Assassin
Advertisement:

Firearms are the best personal weapons humanity has developed to date. Their cost-efficiency, lethality, range, and passable ease of use is unmatched.

However, such ruthless efficiency doesn't usually serve fictional plots very well. For the sake of drama, if a hero's access to guns is unavoidable in a fictional milieu, writers will tend to use the plot to defang their effectiveness. Perhaps the enemy is supernatural or has an alien physiology, and thus resistant to projectile weapons. Perhaps your shots always miss because the enemy is just too fast or nimble. Perhaps they have superior technology, either in shielding, wielding even better projectile weapons than the protagonists, or both. Perhaps there's an ammo shortage, making every firing precious. Perhaps the heroes simply aren't trained in effective gun use. Perhaps said enemy is magically shielded and just can sip a drink as you waste bullets. Perhaps it's a mental enemy. Other than shooting yourself in the head, guns do not help here. Whatever the method, there will be some reason why the problem can't be solved with a few judicious headshots. For these reasons, this trope is especially ubiquitous in the sci-fi, fantasy, and horror genres.

In games, especially in settings where firearms would be Game Breakers but the "neato" factor is too great to ignore, this trope is often reflected in a reduction of firearm effectiveness and power compared to "standard" melee weapons, sometimes to the point where bludgeoning an enemy with a gun will do significantly more damage than actually shooting them with it. For context, even a 16th century musket

◊ had some thirty times the kinetic energy of a longbow arrow or sword stroke, a massive disparity in firepower that is almost never represented in fiction. Again, ammunition also tends to be used as a limiting factor; a matchlock musket takes 30 to 60 seconds to reload, and a flintlock 15 to 20 seconds, while a sword or polearm never needs to be reloaded (at worst, they need the occasional sharpening). Or, the designers can make a preference for melee weapons a matter of practicality, as in "hack and slash" games, where being able to attack many foes around you in one quick motion would often be better than being able to only fire at a single enemy in front. It doesn't help that many games fail to model the possibility of overpenetration and One-Hit Polykill on the guns' end.

Compare Arbitrary Gun Power, Never Bring A Knife To A Fistfight, and contrast The Lethal Connotation of Guns and Others, Muggles Do It Better, Firearms Are Cowardly. See also Elegant Weapon for a More Civilized Age. Usually used to justify Why Don't You Just Shoot Him?.