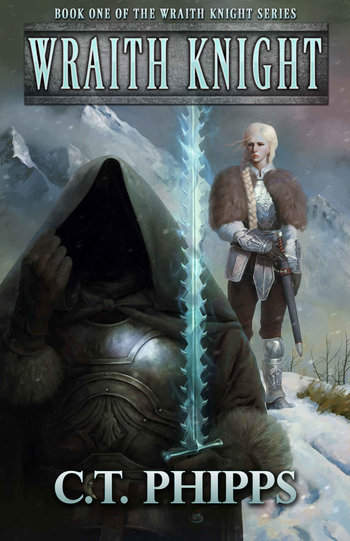 Evil is a matter of perspective.
Advertisement:

The King Below, Enemy of the World, is dead. Will his successor save the world...or rule it? Jacob Riverson was once the greatest hero of an age. Cut down during what should have been the final battle against the King Below, he was condemned to centuries of torment as a Wraith Knight in the service of said monster.

With the destruction of his master, Jacob finds his free will returning and discovers he is in a world torn by civil war between the King Below's former slaves and the heroes who "saved" them. Joining forces with the overly-idealistic but brilliant warrior Regina Whitetremor and sorceress Serah Brightwaters, Jacob must determine whether he has any place in the new world and whether his destiny is as a hero or monster. Or both.