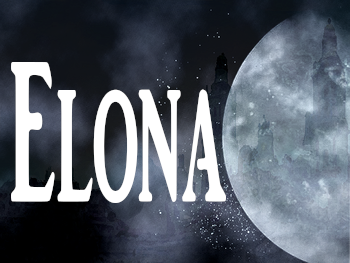 Your pet is running toward you gleefully! It's a... Dog! Cat! Bear! Little Girl!
Advertisement:

More a bizarre life sim and plain old sandbox RPG than a straight up roguelike, Elona was designed to allow players to play with no specific goals in mind, doing whatever they want in the open sandbox world of North Tyris. The world of Elona is plagued by an airborne blight known as Etherwind. You are an adventurer, fresh off the boat, ready to explore and make your mark on the land. Start a farm, run a museum, be a shopkeeper, go adventuring, or raise pets to duel in the monster arena. If you really feel like it, you can do all of those and more.

A spin-off game, simply named Elona Shooter, was released in 2009. It actually has very little to do with Elona, except for sprites and a few references. You play a wanderer who visits a town under siege by hordes of monsters. After being put in charge of the defense of the town, you are then left to do what you will.

On November 2010, Noa stated that he would not work on Elona any farther, but released the source code so that other people could, hopefully, continue development. Since then from November 2012, numerous variants have been developed, from doing minimal changes and bugfixes, to making meta-altering overhauls. Two variants in particular are the most popular ones, both of which have English translations:

In 2021, the game was remade to phones and tablets as Elona Mobile. It's free-to-play, with optional ad-based bonuses microtransactions with a completely new art-style and control mechanics, but is otherwise faithful to the original game in terms of the things to do in-game.

Like Dwarf Fortress, Elona is the successor of an obscure, incomplete game known as Etherwind, a sort of realtime JRPG, which it shares some of the sprites and soundtrack with.

Tropes applying to the original version of Elona

The expansion Elona+ provides examples of: