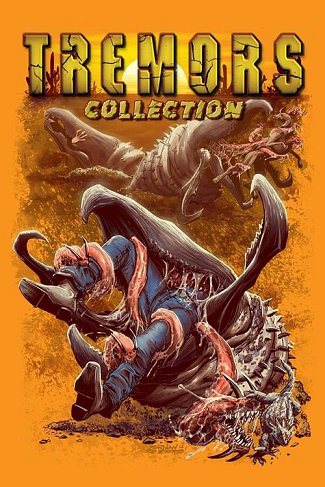 The Tremors franchise is a series of movies about a hitherto unknown species of giant burrowing worm-creatures dubbed "Graboids", most of which star Michael Gross as survivalist Burt Gummer.

The franchise also has two attempts at a TV series, both produced by The Sci-Fi Channel, the first lasting a single season in 2003, and the second a 2018 reboot/alternate continuity installment which featured lead Kevin Bacon returning to star for the first time since the original film, but which failed to get beyond the shooting of an unaired pilot episode before getting the axe.