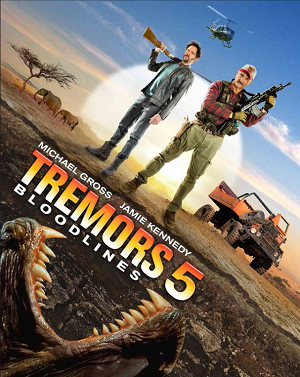 Tremors 5: Bloodlines (2015) is the fifth movie in the Tremors film series.

A stronger, faster, more evolved relative to the Graboids is discovered in South Africa, and recurring Crazy Survivalist Burt Gummer returns for yet more monster-slaying.