Film / Tremors 3: Back to Perfection 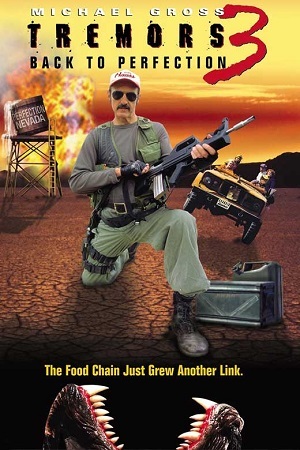 Tremors 3: Back To Perfection (2001) is the third movie in the Tremors film series.

Eleven years after the first, the Graboids return to Perfection and it falls to Crazy Survivalist Burt Gummer (Michael Gross) — the Ensemble Dark Horse from the first two films — to stop them. The Graboids mutate yet again, turning into jet-propelled, farting "Ass-blasters".