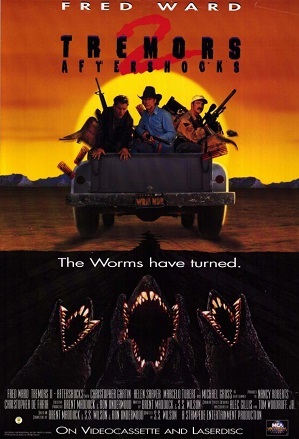 Tremors 2: Aftershocks (1996) is the second movie in the Tremors film series.

Filmed and set six years after the first, a group of Graboids is menacing a Mexican oil refinery. The owners hire a reluctant Earl and his hustling fanboy Grady to deal with the problem, and they in turn recruit Burt to assist them. But things gets complicated when the Graboids start hatching out "Shriekers" — smaller, bipedal critters that hunt by sensing heat and operate aboveground.