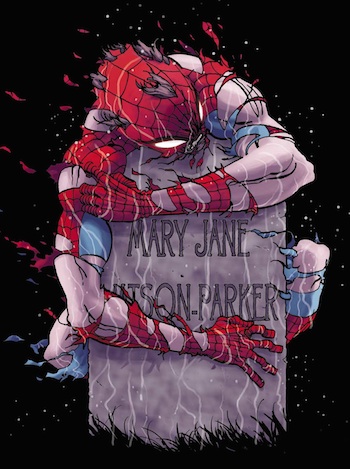 Sometimes, being a radioactive superhero isn't all it's cracked up to be.
"That was the last time I saw Richard. He died later that night. I couldn't save him. I couldn't save him. Richard was right about real strength, though. It is on the inside. And I know I'll find it. Just not tonight. Tonight I know what it is to be human. Tonight my super skin is still invulnerable, but my Richard is never coming back, and my heart is broken into a million pieces."
— Supergirl, Young Love
Advertisement:

See also You Killed My Father and Dead Sidekick. Occasionally, after the rejection, the badass will fall victim to Heroic BSoD and Break the Badass.