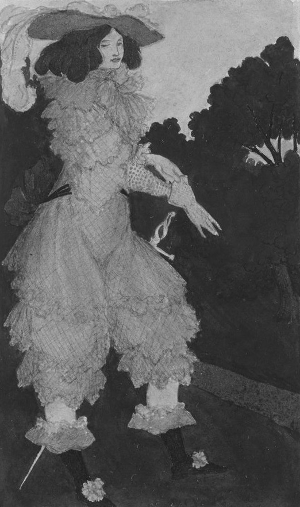 Julie d'Aubigny (1673-1707), also known as La Maupin, was a French noblewoman who enjoyed moderate success as an opera singer before dying at a young age. Many decades after her death, tall tales and posthumous gossip led to her becoming something of a folk hero in the popular imagination: a swashbuckling swordswoman who lived a short but tumultuous life at the height of French absolutism. Some of the highlights of her fictitious persona included:

As you may imagine, La Maupin's legend has inspired numerous works of fiction, as well as more than a few D&D-style bards.

Appearances and references to La Maupin in media: