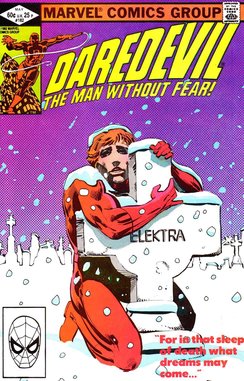 Alice and Bob loved each other very much and were happy together for a long time. But something happened to Bob. Maybe he died. Maybe he disappeared without a trace one day. Maybe there was a breakup. Whatever the reason may be, Bob is gone and Alice is sad and lonely. So every now and then she comforts herself by cradling something that reminds her of Bob; his clothing, a keepsake, a photo, something along those lines.

A particularly common version is hugging the headstone of somebody who has died or holding the body of a loved one for a prolonged period.

Sometimes part of a Sad-Times Montage or overlaps with a Lost Love Montage, and is likely to be done by a Hurting Hero or Heartbroken Badass. If a specific item is being held, it may be a Tragic Keepsake, especially if it came from someone whose death was a Cynicism Catalyst.

Compare and contrast Pietà Plagiarism, Cradling Your Kill, and Died in Your Arms Tonight.