Film / He Got Game 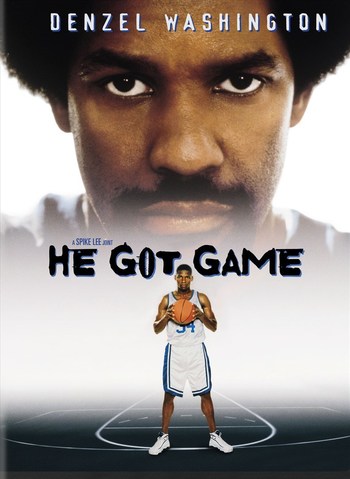 He Got Game is a 1998 American sports film directed by Spike Lee that has a man (Denzel Washington) in prison for killing his wife and up for parole for week to persuade his son (Ray Allen) to play at the Governors alma mater.