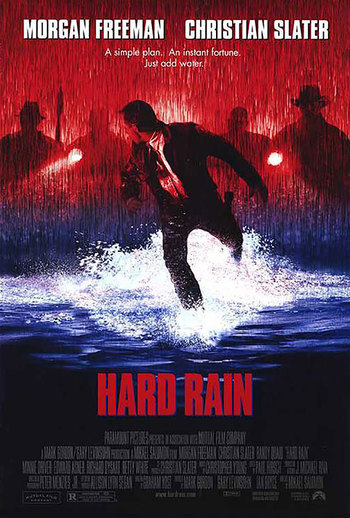 Hard Rain is a 1998 film (with action, crime, and disaster elements) directed by Mikael Salomon, starring Morgan Freeman, Christian Slater, Randy Quaid, Minnie Driver, and Edward Asner. It's about an armored car robbery which takes place in a Midwestern U.S. town that's rapidly flooding due to an unrelenting, torrential rainstorm.

Not to be confused with Heavy Rain, the campaign from Left 4 Dead 2, or the Bob Dylan song and album.