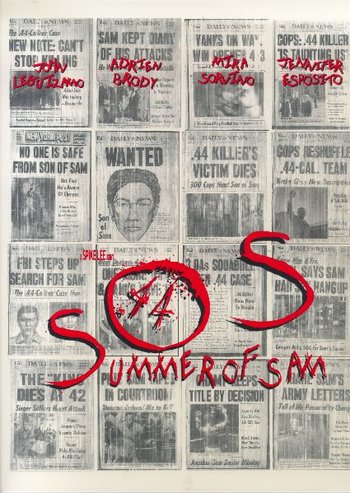 The year is 1977, and New York City is experiencing a tremendous heatwave, a major power outage, and of course a serial killer keeping the whole city on edge. A group of friends in The Bronx get swept up in fear and paranoia as the police continue to hunt for Son of Sam aka The .44 Caliber Killer, a psycho who shoots young couples as they sit parked in their cars. Their paranoia is heavily fueled by drugs, constant news coverage of the killer, and the arrival of their old friend Richie (Brody), who is now involved in the emerging punk rock scene which they are completely unfamiliar and uncomfortable with.