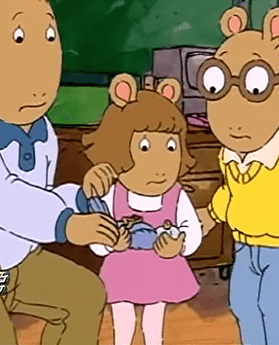 "When Helen died, I lost everything. Until that dog arrived on my doorstep. A final gift from my wife. In that moment I received some semblance of hope. An opportunity to grieve unalone. And your son took that from me. Stole that from me. KILLED THAT FROM ME! People keep asking if I'm back. And I haven't really had an answer. But now, yeah, I'm thinkin' I'm back! So you can either hand over your son, OR YOU CAN DIE SCREAMING ALONGSIDE HIM!"
— John Wick (to Viggo Tarasov about the latter's son killing his puppy), John Wick
Advertisement:

It's always lovely to have a pet, they're considered your companion, but there does come a time where your pet either runs away or dies. This is Truth in Television as most animals have a shorter lifespan than humans. Young children are more likely to grieve the loss of a pet because they are more likely going to be close to them. In many cases it will also be their first intimate encounter with the concept of death, so they might not be entirely able to grasp it at first, leading to tearjerking situations where they desperately beg their beloved animal companion to Please Wake Up.

Sometimes when a pet dies, there is a high chance that this will result in Replacement Goldfish in which a pet gets replaced with something identical or something else.

Sometimes, an antagonist will kill a character's pet in an attempt to demoralize or intimidate them. This can backfire, however, if the character whose pet is killed is themselves someone not to be trifled with, or if the the act drives them to lash out desperately.

Can overlap with Tropey, Come Home, Come Back, My Pet!, Unsuccessful Pet Adoption, and Death Is a Sad Thing. Not to be confused with Absent Animal Companion, when a pet character just disappears with no explanation, rather than being intentionally and dramatically written-out.

This is a Death Trope, so beware of unmarked spoilers.

When the house dog dies, the kids have a hard time saying goodbye

When the house dog dies, the kids have a hard time saying goodbye