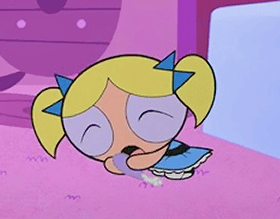 We all love toys, don't we? You can cuddle up next to them, play games with them or even hold them for comfort.

They also get lost rather easily making us rather upset.

Expect a character who's Prone to Tears to react this way.

Truth in Television, as it's part of the process of growing up.